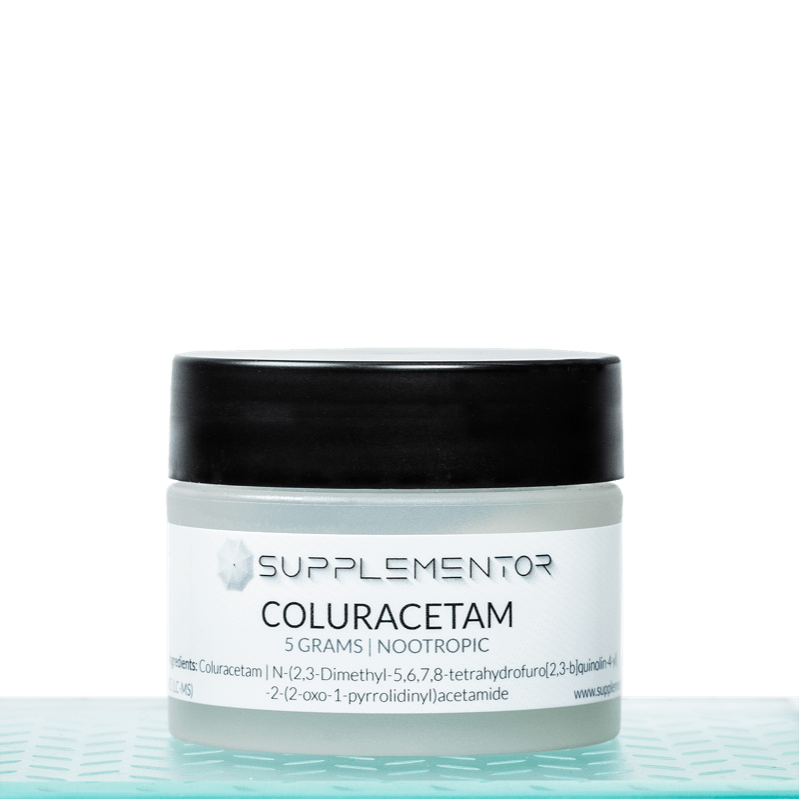 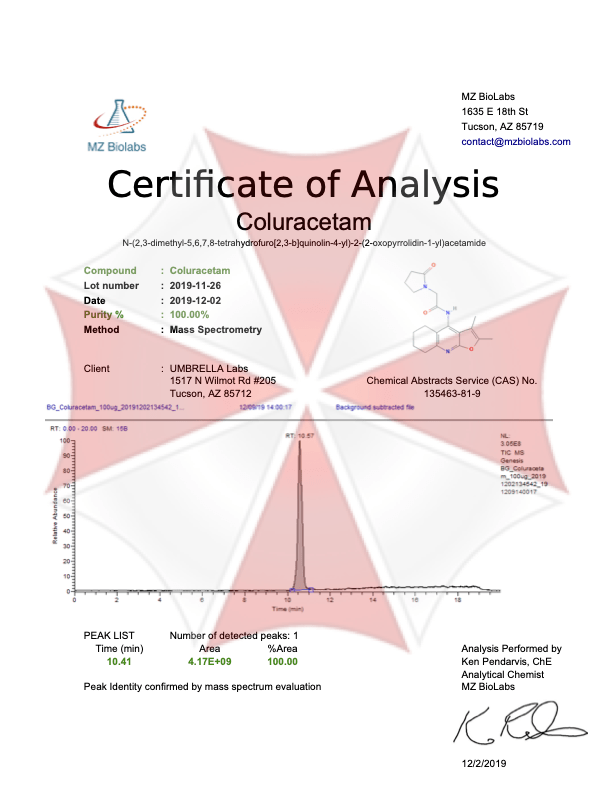 Coluracetam is a new and unique member of the racetam class of synthetic nootropics. Coluracetam, or N-(2,3-Dimethyl-5,6,7,8-tetrahydrofuro[2,3-b]quinolin-4-yl)-2-(2-oxo-1-pyrrolidinyl)acetamide, is a synthetic compound of the racetam family. Racetams share a pyrrolidine nucleus, a five-member nitrogenous ring with a ketone bonded oxygen at R2. This 2-pyrrolidone ring is bound to the terminal carbon of an acetamide group, an ethyl amide chain with a ketone bond (C=O) at the alpha carbon.

Originally developed as a potential treatment for Alzheimer’s disease and later considered as a treatment for depression and anxiety, coluracetam has become a popular nootropic known for improving mood, increasing motivation, and enhancing vision. Coluracetam was first synthesized in 2005 by Japan’s Mitsubishi Tanabe Pharma Corporation as an Alzheimer’s disease treatment. Coluracetam is a nootropic that was derived from racetam, although very distinct from other compounds like Piracetam, & Aniracetam. Coluracetam appears to interact with a process known as high affinity choline uptake, which is the rate-limiting step of drawing choline into a neuron for synthesis into the neurotransmitter acetylcholine.