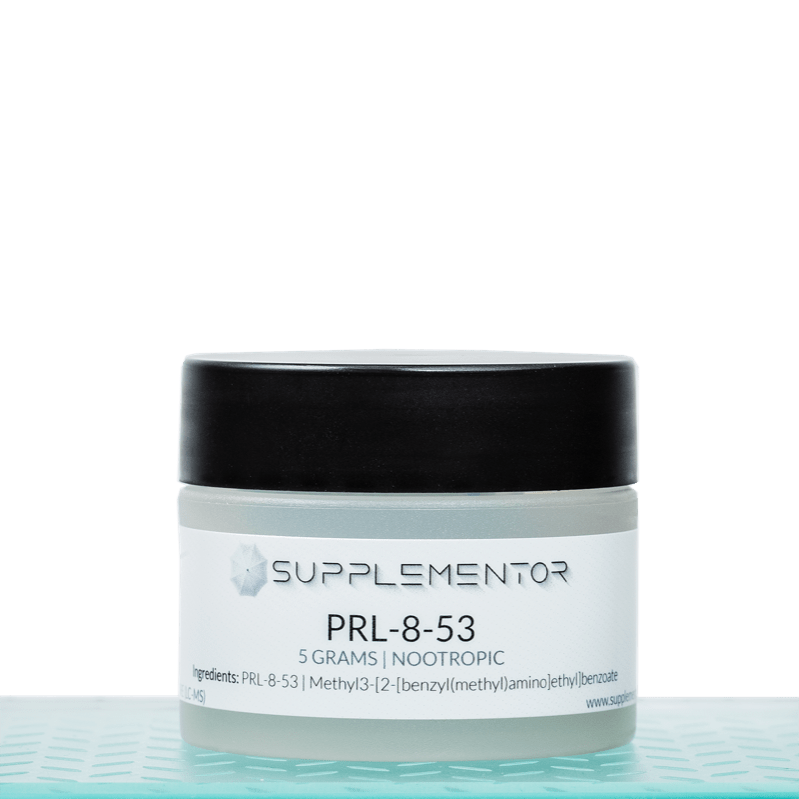 PRL-8-53 is a nootropic research chemical derived from benzoic acid and phenylmethylamine that has been shown to act as a hypermnesic drug in humans; it was first synthesized by medical chemistry professor Nikolaus Hansl at Creighton University in the 1970s as part of his work on amino ethyl meta benzoic acid esters. Hypermnesic drugs are capable of enhancing cognition, memory, and treatment of certain medical conditions. PRL is being widely touted as the drug that aids in learning and memory retention.